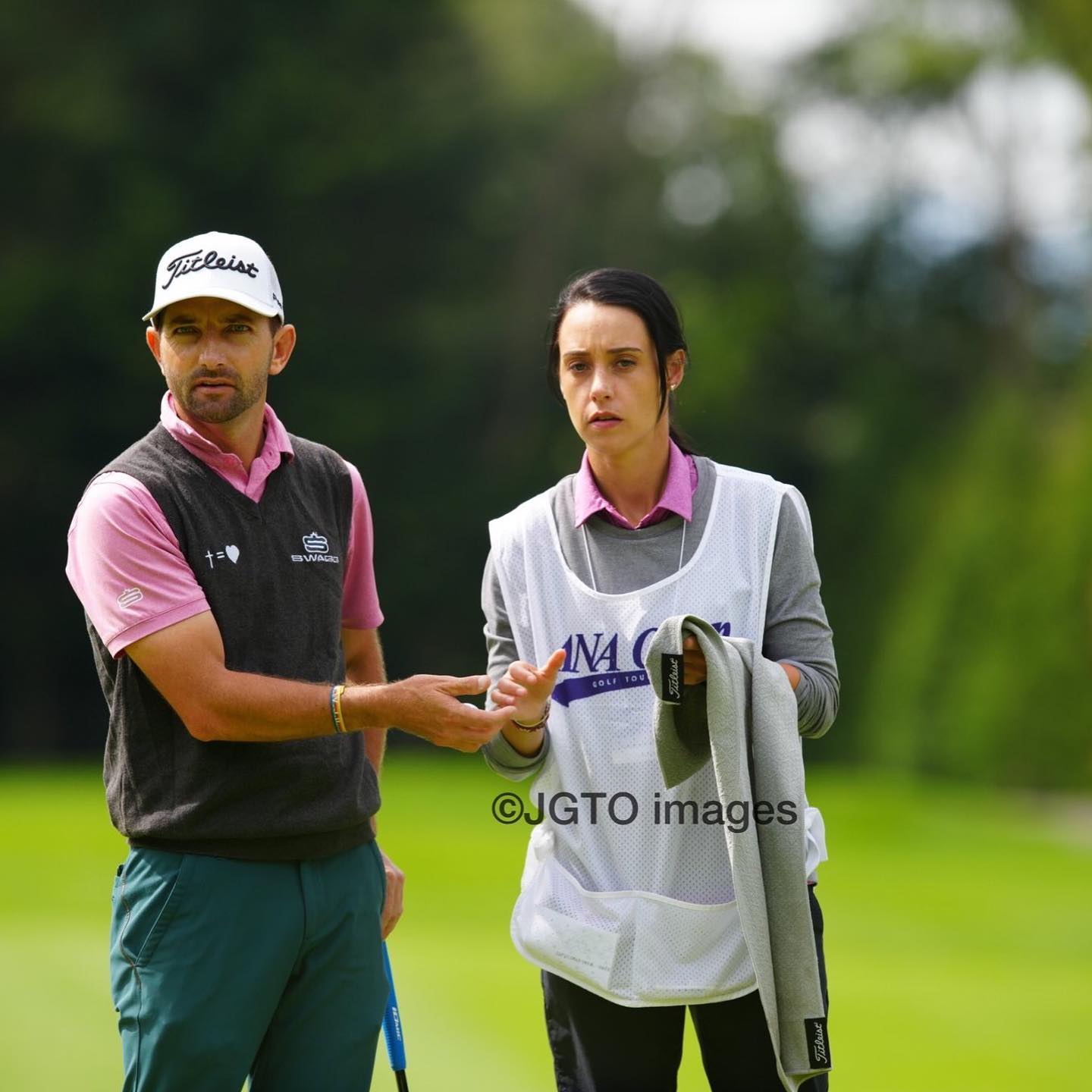 Jbe Kruger from South Africa has been playing on Japan Tour since 2019 and says his energy for motivation is love. He played the 1R of ANA Open with bogey free 66.

Jbe says, his marvelous eagle on Par 5 17th going over the trees and finishing with 7 under as solo leader of the day is all given to him by love of God.

He has cross and heart stitched onto his polo shirt. He grabbed the stiches and said, "God is love, and love is everything."

His lovely wife is right beside him as a caddy. They have been married for 5 years now. This year in March, they have accomplished to win on the South African Sunshine Tour.
"Everything I owe it to my wife. My great performance today couldn't had been done without her."

Jbe won the Japan, Korea and Asian Tour collaborated event "Shinhan Donghae Open" in 2019 and earn his ticket to the Japan Tour, but pandemic making all of the tournaments to be cacelled made him wait until this year to play regularly. He has returned to prolonged 20-21 season from this April but has suffered making only 5 cuts out of 10 tournaments.
"Due to the restriction period, I don't intend to go back home. But it is still difficult to even practice under these circumstances. Still, I enjoy the life in Japan with my wife beside me. My wife loves udon noodles and I love Yoshinoya beef rice bowls."


Jbe has been friends with Scott Vincent, who won the Sansan KBC Augusta in August, since junior days. Jbe and Scott have many things in common, including the fact that both of them have their beloved wife on their bags.
"We are very close and depend on each other a lot. I was so happy for Scott and Kelsey for their victory. As both foreigners playing on the Tour together, we understand each other very well and help out as much as we both can."

May be this week Jbe could come through with the support from his lovely wife, best buddy and love of God.