Could SA Open be Jbe’s time?

It’s fair to say that in recent years, one man who hasn’t had things all his own way is Jbe’ Kruger. Much was expected of the Kimberley-born professional, given that wins on the Sunshine Tour in 2009 and 2010 sandwiched a memorable European Tour bow at the Africa Open, where he finished third in a decorated field. 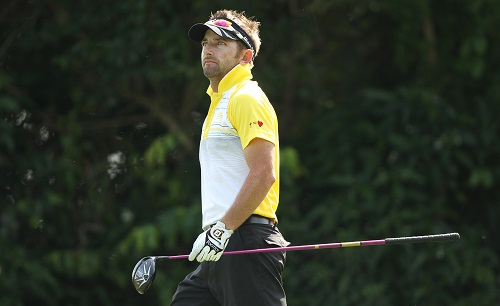 progressed steadily from there, and of course the champagne moment arrived in February 2012 when he clinched the Avantha Masters by two strokes. “James Barry” had done it on the big stage, and it appeared that the only from there was up.

Yet, peculiarly, things suddenly went a bit south. There were to be no more top-10 finishes on the European Tour that season, and instead 12 missed cuts. Things improved somewhat in early 2013, but a miserable period of 10 consecutive failures to make the weekend was to ensue in the latter half of the year.

A frustrated Kruger then returned to his homeland in serious need of a boost, and he showed glimpses of quality at the BMG Classic and the Lion of Africa Cape Town Open. Yet it was a few weeks later at the South African Open where he once again demonstrated his immense class.

The tournament may well be remembered for the collapses of Charl Schwartzel and Hennie Otto, who at various times of the final day imploded to hand Morten Orum Madsen the esteemed title. But it was Kruger who truly set Glendower alight that Sunday, as he stormed though the field with a 65 – including seven birdies and an eagle – to finish in sole position of second place.

In some ways, it was an agonising miss, given that two bogeys had ultimately proved to be the difference as he missed out to the Dane by two shots. But, more significantly, it was an emphatic way in which to sound his return to form.

The remainder of the 2013/14 was steady, if not unspectacular (although he did win the Golden Pilsener Zimbabwe Open). But Kruger has every reason to believe he can go one better than last year when he pegs it up at his national Open next week. His record in co-sanctioned events is highly impressive, with six top-10 finishes to his credit. He also has a knack for starting seasons off well, suggesting he may be able to hit the ground running quicker than his compatriots as they look to shake off the rust.

Perhaps most crucially of all though, is the fact that the Ekurhuleni course will once again be playing host to golf’s second oldest national Open, and Kruger, who fired two 65’s last time out, must be licking his lips at the prospect of getting back on a track that clearly suits his eye.

It’s the one all South Africans want to win, and likes of Ernie Els, Schwartzel, George Coetzee, Branden Grace and others will all be gunning for the iconic old trophy. But there are some subtle signs that, despite such stern competition, this may just be Kruger’s year.